Brighton, UK — Audio Audit today launches its online podcast audio checking tool to the general public. After several months’ of development and beta testing, all members of the podcasting industry are now able to enhance their output with automated quality assurance (QA) and quality control (QC).

Audio Audit analyses the audio files of podcasts (MP3s) and produces reports which help podcasters, producers and engineers to make their audio sound better for their audience. For professionals the benefit is that consistent quality is maintained in every episode, even when deadlines are tight. For people that are self-producing and learning they are guided towards the most important areas of audio engineering, helping them improve in the most time-efficient manner.

The product is made possible through recent advancements in AI for components such as speech recognition and cloud computing to store and process large amounts of audio data at scale.

The idea for this product occurred when founder, Damian Moore, noticed inconsistencies and editing mistakes in the podcasts that he regularly listened to. A quote from the founder:

“I had a lot of renovating to do at home so I always had a long list of podcasts and audiobooks queued up to keep me entertained. Whenever one podcast stopped and another one started I would have to turn the volume up or down — which isn’t ideal when your hands are messy. I also noticed blocks of silence which would make me think I’d reached the end of the queue and restarted sentences that were meant to be cut-out. Surprisingly these problems occurred in the large, popular podcasts as well as the much smaller ones.

“Being a software developer familiar with writing automated tests I wondered what audio standards existed and if it was possible to write tests that could benefit everyone. Every time I noticed something odd, I’d make a note of it so that I could train the machine to detect it later.”

Along with the tests themselves are a growing collection of guides to help users make adjustments using their preferred tools and suggest other software for specific tasks.

Users can sign up to the free plan at https://audioaudit.io which provides 1 hour of audio processing each month. A range of monthly subscriptions exist for users and studios which have more audio to processes, would like support, and wish to store their reports for longer.

Audio Audit is an automatic benchmarking and proofing tool which checks the quality of your podcast MP3 files, giving you peace of mind before you publish. 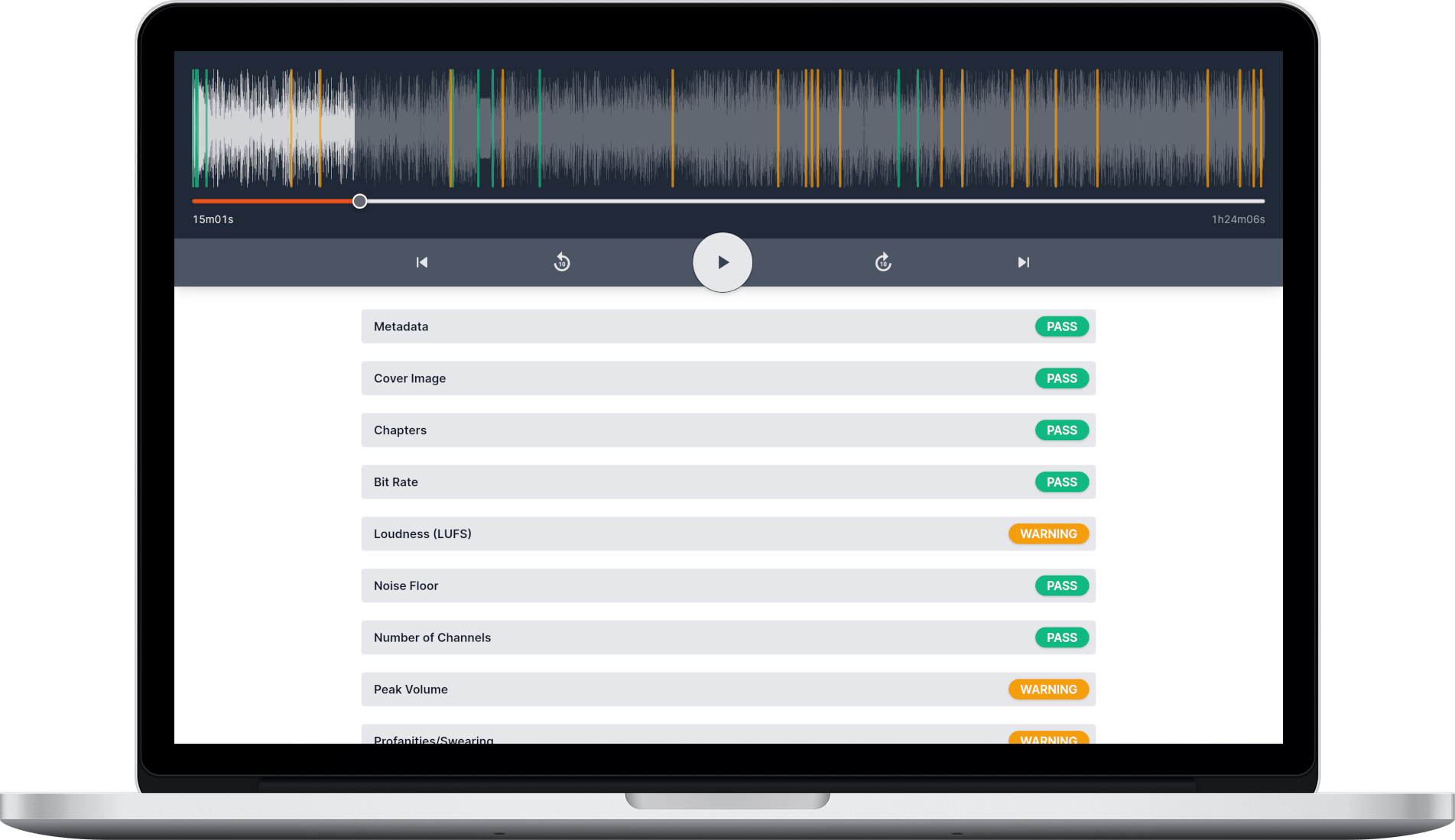 Creating an account only takes a couple of minutes. You’ll soon be able to start uploading your own audio files and improving your shows.